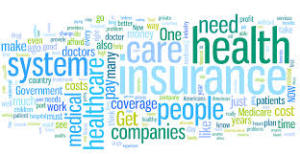 Whether psychotherapy or counseling services are paid for privately (“out-of-pocket”) or through insurance, it is health care, and health care is entering a period of rapid and profound change.

2014 is the year that the Affordable Care Act (also check out our Washington State exchange) starts to get the most significant and visible traction. Health insurance carriers will no longer be able to exclude people from coverage due to so-called ‘pre-existing” (diagnosed prior to applying for coverage) medical conditions. Ending that as a lawful practice is a big “game changer” of health care reform, because that exclusion is largely responsible for the population of 30+ million uninsured people, and other outcomes.

As we enter 2013, we will see structural change in the system of insurance reimbursement for health care costs in the U.S. By ‘structural’, I refer mainly to the so-called “fee-for-service” method of reimbursing health care professionals and organizations. “Fee-for-service” allows medical costs to be driven by how frequently services are sought by the patient. By 2014, care is no longer going to be paid for based on the frequency (or quantity of appointments) with which it’s delivered. Health care costs will be driven much more by the quality of results

Will Fee-For-Service Go Away?

All private practice therapists are paid via the “fee-for-service” method, whether treatment is insured or privately arranged. So how will things change? Even as we get ready to greet 2013, the picture is not entirely clear; while the law is 2+ years old, many regulations are still unissued. But barring any big delays in the rule-making process, the changes needed to be ready for 2014 are going to be rapid.

Here’s a broad example of the kind of change that’s ahead: We know that people sometimes seek psychotherapy or counseling for emotional, psychological and relational suffering during or following a medical treatment. Today, the mental health professional is chosen by the patient from available community mental health providers. He or she is paid separately from the reimbursement for the medical treatment.

Yes, this is managed care. But the presumption is that it will be “managed care for all”.  The nearly universal coverage should mean less (expensive) emergency medicine, coupled with more cost-effective preventive care (including in mental health). There will theoretically be a gradual decline of the cost per person of medical care; the effect on the quality of care is not yet known.

However, there is a clear movement toward what is called “evidence-based” methods in psychotherapy. These refer to therapy methods, many of which have been outlined in formal treatment manuals, which some research has shown to be effective.

There will of course be more people actually being treated. Insured mental health benefits will be more limited. I foresee one outcome similar to what has developed in Canada, which has a government-run single payor system. Many Canadians pay privately for outpatient mental health treatment, or have supplemental insurance which covers psychotherapy, even though many also receive service through the national system.

Some of the private profit will be removed from our health care system, as it will transition into being a more heavily regulated industry, not unlike electric utilities. Similar to utilities, there will still be private investment in health care, but the incentive for investors will be more around secure, attractive dividends than robust equity growth.

In this blog, I will continue to address issues around the effect of health care reform on psychotherapy.